While tiled roofs are heavy duty and can add a lot of value and beauty to your home, there are a lot of things to consider when purchasing tile roofing. Tiled roofing is made from slate or clay and they are very heavy. They also come in a variety of shapes such as interlocking, curved, flat and other styles.

To start, it can be very expensive, but when you consider that most tiled roofs have a life expectancy of 100 years, you can rest confidently that they will last a lifetime or two. So why would people choose tiled roofing?

The primary reason is mostly in regards to the elements that the house is subjected to. Most of the time you’ll find tiled roofs in very hot climates like Arizona, Florida, south Georgia, and other very humid areas that are prone to heavy downpours and will take a huge beating from the sun.

As mentioned, they are also very heavy, so you need to make sure that your roofing system can support the weight of a lot of this type of roofing. It’s an assessment that the professionals of Prodigy Roofing will be able to make do for you to make sure that you get the most out of your investment.
Benefits:
Tile roofing can last over 100 years. Many manufacturers offer a 50 year warranty. Check with the Prodigy Roofing professionals.
They are a low manitenance type of roofing because they typically never leak
They are friendly to the environment because they can be broken down and recycled.
They withstand insect damage like termites and don’t rot like wood based roofing.
Concrete and clay tile roofs can withstand a lot of weather elements like storms, hurricanes, hail, and even fire.
They come in a variety of styles and colors and designs.
They can help regulate the temperature inside of your home
Things To Know:
They can’t be sued on all roof slopes. They can only be installed on certain roof pitches that are sharper like around 4.12.
If something very hard strikes them, they can crack and many times repairs can be costly.
They are very heavy, so you need to make sure that you have professionals look at assess whether your existing house frame can support the weight of clay or conrete tiles. The weight of clay tiles can be 850 pounds per square and 950 pounds per square for concrete tiles.
Tile Roofing Styles:
There are a lot of styles available including Spanish tiles that you would typically see on southwestern roofs. They are wavy in order to properly draw water off of the roof efficiently.
There are also Scandia tiles that are similar to tile you would see in Spain and Mexico which have sharp edges. Double Roman tiles also look like Spanish tiles, but they have ribbed and the dips for water are more frequent in their design.
There is also a slightly less expensive and lighter version of tile roofing called Pantile that are S-shaped clay tiles that look like ripples. formed into a flattened S shape, creating a ripple appearance.
You would also find tile roofing in Spain and Rome that are referred to as Barrel tiles. This is a better option for roofs that have more rounded features since the tiles conform easier. French and Riviera tiles are also very similar to Barrel tile roofs, but have lower humps and flat ridges that draw the water away.
Whatever type of tile roofing that you choose, contact Prodigy Roofing to walk you through your best options with tile roofing to see whether or not this type of roofing will work for your home. 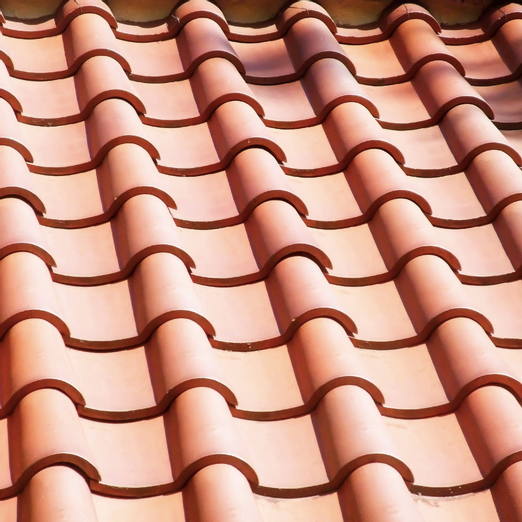 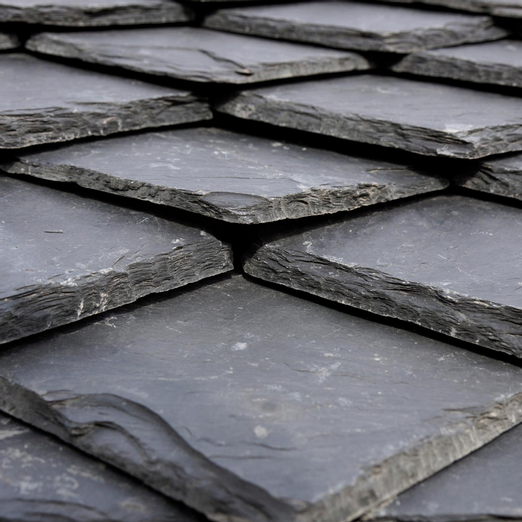 Prodigy Roofing offers slate tiles as part of their specialty residential roofing products and services that we offer.

In regards to longevity, it’s hard to argue that slate tiles have a very distinct advantage since hard slate roofs can last up to 200 years. That is not a misprint.

The tiles for slate roofs are created from metamorphic rock which is created from sedimentary rock of clay and volcanic ash. Like most minerals, gems and rocks, the coloring of the slate is highly dependent on a variety of environmental factors such as how exposed they were to direct weather, age and other factors.

The coloring can also be vastly different from one to the other as well. Purplish slate is primarily from hematite, black or gray from carbon, and green slate is usually from chlorite.

Iron pyrite is an iron compound and when it’s present in the slate, it can also give the slate that weathered look. Some companies that produce slate tiles will market that aspect for those consumers that have a keen eye for that weathered effect.

Manufacturers will give it commercial names like Semi-Weathering black, Unfading black, Unfading Green, etc. In some cases, it can be as confusing as picking out wallpaper, but if those details and distinctions matter to you, you’ll have a lot of options to choose from.

Slate roof tiles have been around for centuries. Not only that, but they can also last for centuries as well, which is why they’re pricing is normally on the much higher end due to the higher quality and durability along with the fact that it’s fireproof, waterproof, and not incredibly simple to manufacture.

There are hard slate tiles and soft slate tiles. Black slate is almost always soft, although there are some companies that manufacture a hard black slate. On the same note, colored slate tiles are almost always hard, even though some colored slate can be colored black by the manufacturer.
Benefits of Slate Roofing:
Hard slate will last anywhere from 75 to 200 years
Soft slate will last only 50 to 125 years
Available in a variety of colors and sizes
100% natural stone
Can be recycled
Lower energy costs by increasing insulation
Things To Know:
Slate tiles are very heavy and may require additional framing to support the additional weight
With proper care, most slate roofs can last almost 200 years
If slate tiles get broken, it can be difficult to find exact matches
Contact us today about Slate Roofing and how it can work for your home.

Cedar roofing is a fantastic option for individuals who are focused on a more rustic look to their home, but that are environmentally conscious. Cedar roofing options are bright and gorgeous to look at, but add a lot of value to your home along with the eco-friendly bragging rights.

Cedar Shingles versus Cedar Shakes There are a couple of options for cedar roofing. One is cedar shingles and the other is cedar shake. There aren’t any advantages that one has over the other even though they have a very distinct appearance difference.

Cedar shingles are cut on both sides in very distinct square patterns and have a more uniform look on your roof since they are cut on both sides, tapered and are thinner than cedar shake. Additionally, they lay flat, don’t require a felt underlay and can be layered three shingles thick in order to provide even more protection against the elements by providing a weatherproof barrier.
Cedar Shake Roofing
Cedar shake is thicker and are not uniform which gives a staggered appearance. They are only cut on one side and are simply split on the other side which is the side that faces outwards. They are also cut at an angle to intentionally make one end thicker than the other which gives it a rustic old town feel.

Because of the irregularities in the way cedar shake shingles are cut, your roofing professionals at Prodigy Roofing will install a layer of felt underneath the roofing since water can easily get between the shingles to help block the wind and rain and give it an extra layer of protection.
Benefits of Cedar Roofing:
Cedar roofing will add a lot of value to your home
It is brighter in color to accent the exterior of your home
Resists to high winds like hurricanes, hail, hurricane, snow and other extreme weather conditions.
Long lasting and typically 10 years longer than standard roofing
Energy Efficient to bring down your energy bills
Environmentally friendly
Things To Know:
Cedar roofing is more expensive than standard asphalt roofing
It is suggested to set up a maintenance plan to help prevent natural growth like mold, moss, mildew and other fungi growth.
If you are interested or have any other questions about cedar roofing materials, or other types of shingles, don’t hesitate to contact us.
Contact us today about cedar roofing and how it can work for your home. 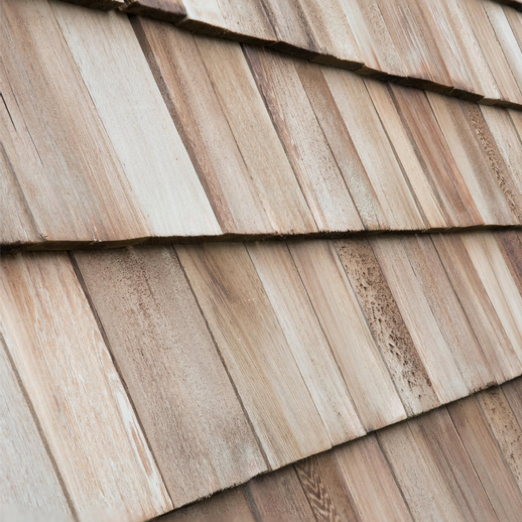 Get a Roofing Inspection

We are available 7 days a week from 9am to 5pm EST. We have two locations to serve you in Loganville, GA and Eatonton, GA and can provide roofing  services to the entire state of Georgia.
1023 Lake Oconee Pkwy, Eatonton, GA 31024
Direct Phone: 762-220-1212
3925 Harrison Rd SW STE 400, Loganville, GA 30052
Direct Phone: 678-635-0426
office@georgiaroofs.com
HomeServicesAboutReviewsContact
©2020 Prodigy Roofing GeorgiaRoofs.com brought to you by Yonder Agency